How to turn Canada 150 into a celebration for everyone: Bob Rae 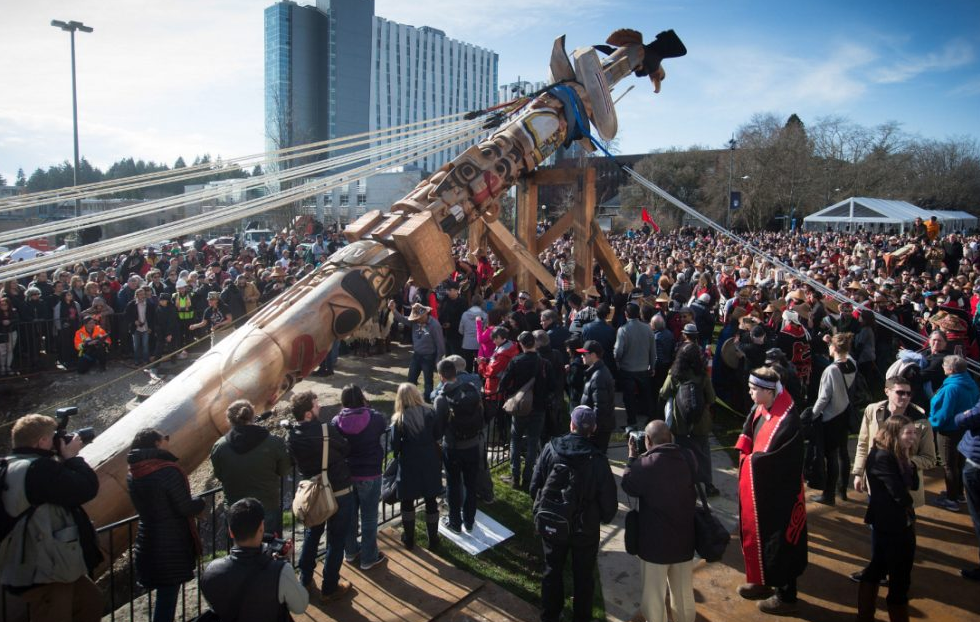 Article copied from the Toronto Star.

It should come as no surprise that when Canada gives itself a party to celebrate 150 years of “Canadian history,” many Indigenous people feel a sense of indignation. The question that now faces us as a country is “what can we do to show that we have learned from the past, and how do we go forward on a different basis?”

A birthday should be an uncomplicated, joyous celebration. Yet for Indigenous people the celebration of the passage of the British North America Act and the union of four provinces, which is known as “Canada Day,” is no great cause for celebration. And this, in turn, annoys many non-Indigenous people, who can’t understand why “Canada 150” can’t just be an unalloyed celebration of a great country. Social media is full of commentary on all sides, and what should be the triumph of unity drives us apart.

The reason for the profoundly mixed feelings is clear enough. Jacques Cartier and Samuel de Champlain did not “discover” Canada, any more than Christopher Columbus discovered America.

The arrival of adventurers and settlers in the Americas led to the near destruction and collapse of the civilization and people who had lived here for thousands of years. What military conquest did not kill, disease and starvation nearly finished off. After a period of alliances and treaties meant to cement the connection between the Crown and Indigenous people, the growing British population in the 19th century quickly abandoned what had been signed and proceeded to drive Indigenous people into small reserves, to see them as “savages” whose souls needed to be saved, and whose children had to be taken away.

At the time of Confederation, the common assumption of Canada’s national leaders was that the Indigenous population would either die off, or be assimilated. The name of the law that initially dictated the future says it all — “The Gradual Civilization Act” of 1857.

To the mix of ethnic confidence and religious certainty was added the phoney science of racial superiority, the lethal cocktail that gave rise to the Indian Act in 1876, the policies behind the creation of a system of residential schools, and later treaties that had the effect of forcing Indigenous people off the land, into tiny reserves, and “extinguishing” title so that the connection between First Nations and their heritage would be severed for all time.

Indigenous people who insisted on maintaining their status could not vote. Federal politicians competed for who could be most populist and demeaning in their rhetoric and their policies, to the point that Beverley McLachlin made a point of saying, on the publication of the full report of the Truth and Reconciliation Commission, that Canada had engaged in a policy of cultural genocide.

So it should come as no surprise that when Canada gives itself a party to celebrate 150 years of “Canadian history,” many Indigenous people feel a sense of indignation. The prime minister has made it clear that he regards the relationship with the Indigenous peoples of the country to be Canada’s most important statement about itself and its potential. The question that now faces us as a country is “what can we do to show that we have learned from the past, and how do we go forward on a different basis?”

My suggestion would be that the prime minister, in consultation with the Indigenous leadership of the country, create a clear objective that would show Canada is serious about changing course. There will be many different formulations of this vision, but mine is this: The original peoples of Canada are founding nations of this country and as such need to be able to govern themselves in full equality with other Canadians. That is certainly not true of our past, or of our present. But it must become the reality of our future.

What actually happened in 1867 was not the “independence of Canada.” It was the creation of a Canadian federation, still firmly part of the British Empire, whose actual territory was far less that the Canada we know now. Newfoundland and Labrador were not part of us, nor were the northern parts of Quebec and Ontario, to say nothing of “Rupert’s Land,” which was administered by the Hudson’s Bay Company. The Arctic was unknown territory to almost all Canadians, except of course for the original inhabitants.

As time went on after 1867, territories became provinces, and other lands joined Canada. Women could not vote in 1867, becoming a “naturalized British subject” was not easy, and the Canada of today would have been quite unrecognizable to Sir John A. Macdonald and Georges Etienne Cartier.

In terms of the relationship between Indigenous peoples and other Canadians, we now find ourselves in a situation similar to the colonial powers after the Second World War. Some were desperate to cling to power, insistent on the sovereignty of empire. There were many terrible battles. Others saw the “winds of change,” and accepted the reality of decolonization.

It is especially hard for Canadians, because the map of the country assumes a geography that is “ours.” Non-Indigenous Canadians are in a strong majority in the country, and feel a deep sense of ownership of the whole country. Canadians routinely speak of “our Aboriginal Peoples,” as if they naturally “belonged” to us. The languages of racism and paternalism are still widely spoken. They prevent us from seeing “the other” as equals, with dreams and aspirations of their own.

There are enormous legal, institutional, and financial barriers as well. The Indian Act has created a reserve and political structure that actually blocks effective governance and equality. Its continued existence makes the dream of effective sovereignty and good governance impossible.

But the difficult reality is that a full realization of the dream of equal governance requires deep change and participation from all three governments, federal, provincial, and Indigenous. This change will not happen without firm public support.

We are talking about a major shift in both the amount of money spent, as well as who gets to spend it. Where should be money go? This is what puts the issue of governance front and centre.

The Royal Commission of Aboriginal People, which did such great service for Canada and whose work has been too long ignored, actually dealt with this issue in some depth. Self government was at the heart of its vision, and the commission made it clear that Indian Act bands were not necessarily the right institutions to take on all the broader jobs of providing services to their people.

Instead of strengthening Tribal Councils, governments have deprived them of any capacity to provide services to larger number of band governments and Indigenous people. Off reserve services are almost completely forgotten, but if we consider the example of the current situation in a community like Thunder Bay, for example, the absence of both a joined up Crown, and effective Indigenous governance off reserve, is having tragic consequences.

Senior public servants and politicians from both the federal and provincial level often say quietly “this is all very idealistic. These communities are not ready for this kind of responsibility.”

The colonial system that is our present, and not just our past, bears a heavy responsibility for the undoubted challenges of governance that currently exist. That there are many thousands of officials working for provinces and the federal government with responsibility for all the decision making in traditional territories, and so many fewer are working for Indigenous governments, is a reflection of failure, not success.

Apart from the work of devolution that is going on at the territorial level, and a few other examples, there is little evidence of any serious thinking going on at the federal or provincial level on the need for a dramatic change in governance.

I want to say a final word about “capacity,” a term that is widely used by governments, consultants, and academics, in describing the challenge of both international and domestic development. Almost always the problem is stated in this way: “How do we increase the capacity in Indigenous people and their governments to make decisions?”

The implication is that poor education, lack of experience, and inadequate institutions all create an inability to accept the responsibilities that eager provincial and federal government’s want to thrust upon them.

I think we need to turn this question on its head. “How do we increase the capacity of provincial and federal governments to devolve power, to understand the trauma that has been inflicted on Indigenous people, and to stop thinking that the challenges facing Indigenous people can be resolved according to timetables and programmes that are designed exclusively by them, and are more often than not simply imposed on peoples whose sovereignty, difference, and dignity has hardly ever been recognized?”

The former National Chief Phil Fontaine, whose single-minded focus helped create the Truth and Reconciliation Commission, has urged that the country needs to take concrete steps to recognize the Indigenous peoples of the country as in fact founding peoples.

I firmly agree. A declaration that Indigenous peoples are founding nations of the country, and a clear, and well-funded approach that shows Canadians take equality and equal governance seriously, would show that Canada is finally ready, on the 150th birthday of unity and self governance for non-Indigenous Canadians, to take the next steps on what Peter Russell, in his recent brilliant book, described as “Canada’s Odyssey.”

May the next steps of the journey be taken hand in hand, in the spirit of friendship and sharing that we like to say are at the heart of the Canadian vision.

Bob Rae is a partner at Olthuis Kleer Townshend LLP and teaches at the University of Toronto.