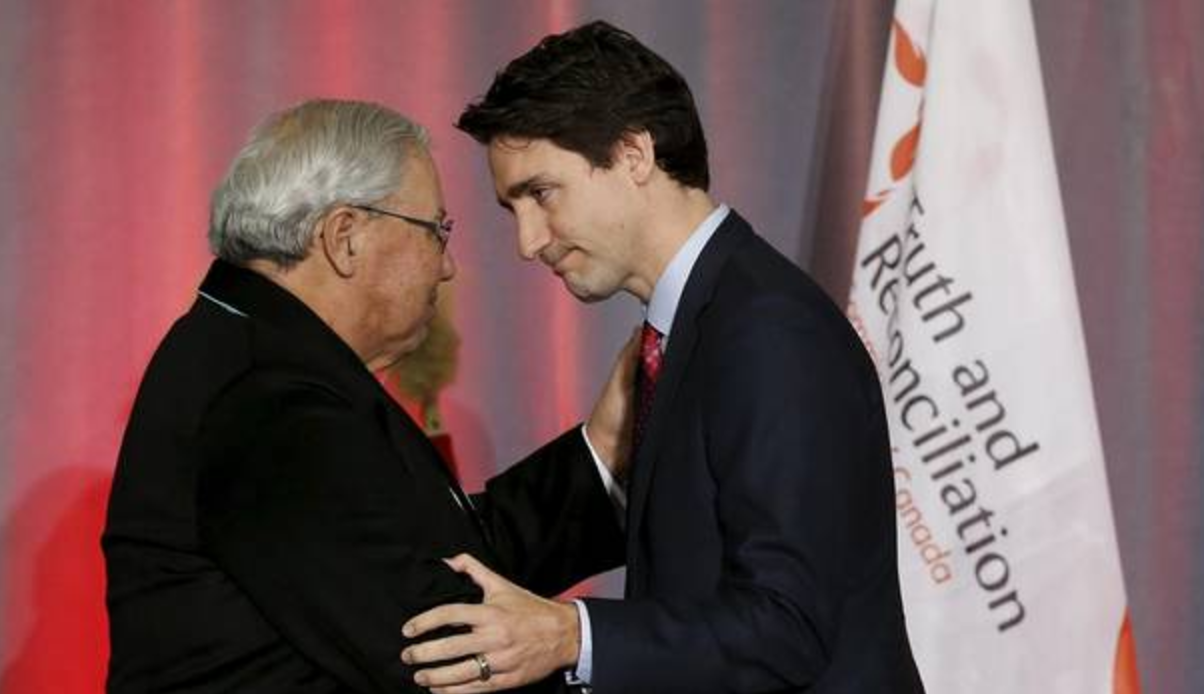 "While the discriminatory remarks of the Canadian public on Indigenous issues in online media comment sections and many social media demonstrate a general lack of knowledge of Indigenous histories, they are equally indicative of how much more Canadians need to learn about Indigenous issues and Indigenous peoples' historical and contemporary relationships with Canada and (other) Canadians." - Tracy Bear

The year 2017 is especially symbolic for Canada. In addition to marking the 150th year of its confederation, it also is the third anniversary of the Truth and Reconciliation Commission’s completion. Two years ago, the TRC released its final report and 94 calls to action to “redress the legacy of residential schools and advance the process of Canadian reconciliation.” Amid celebrations, a vigorous debate has erupted over the gap between the Canadian federal government’s promises to Indigenous peoples and what might charitably be termed the muted delivery on those promises.

At possibly no other time in our history has so much discussion taken place, country wide, about issues relating to reconciliation and the calls for a renewed relationship between Canada and Indigenous peoples. In the midst of these ostensibly celebratory conversations, however, some examples have emerged that demonstrate just how far we have to go. Nationally, Senator Lynn Beyak recently commented on what she regarded as the TRC’s excessively negative depiction of Canada’s Indian residential schools. Her remarks are as profoundly tone deaf as they are historically inaccurate and they led to her removal from the Senate committee on aboriginal peoples. Here in Alberta, the local council in Strathcona County (directly east of Edmonton) recently voted against beginning its meetings with an acknowledgment of their presence on Treaty 6 territory.

Ms. Beyak’s comments and the actions in Strathcona County demonstrate a profound lack of knowledge about issues particular to residential schools and treaty acknowledgment, but broader issues are at play. CBC was forced to shut down its comments section for any Indigenous stories because of the overwhelming hateful and racist posts, and Saskatchewan Premier Brad Wall was recently forced to speak out against the deluge of vicious, racist comments his Facebook page received in relation to the killing of Colten Boushie, several of which the RCMP say they have forwarded to Crown prosecutors as potential hate-speech crimes.

Thus, while the discriminatory remarks of the Canadian public on Indigenous issues in online media comment sections and many social media demonstrate a general lack of knowledge of Indigenous histories, they are equally indicative of how much more Canadians need to learn about Indigenous issues and Indigenous peoples’ historical and contemporary relationships with Canada and (other) Canadians.

Part of the issue is that most Canadians do not know enough to know what they don’t know. This isn’t necessarily surprising, given that little of Canada’s public education system is dedicated to studying the complexities of Indigenous histories. And often, postsecondary education does little better – Indigenous departments, for example, are among the least-funded and most marginalized disciplines on most Canadian university campuses, if those campuses possess those departments at all.

In recent years, university campuses across the globe have attempted to create new modes to engage with the many people without the inclination or the resources to attend university courses. One of the most widespread efforts includes the creation of MOOC – Massive Online Open Courses. Begun in earnest in the mid-2000s, MOOCs offer free online courses for student learning that allow universities to use new formats to offer subject matter to audiences that otherwise are impossible to reach.

The University of Alberta, as with many universities, has produced a number of MOOCs. One in particular that has just been launched is Native Studies 201: Indigenous Canada. This course, divided into 12 modules with accompanying video-lectures, guest lectures and course notes, provides students with a broad background on an array of historical and contemporary issues important to understanding the relationships between Indigenous peoples and Canada. Although created at an introductory university level, this course is open to anyone with internet capability.

Without a concerted effort on the part of all Canadians, the old adage that “failing to learn from the past ensures its inevitable repetition in the future” is not just a foreseeable reality but a certainty. Indigenous Canada arrives at a compelling juncture, amid this country’s 150-year confederation celebrations. Gift-giving often accompanies Indigenous celebrations, and this can be considered as such. It offers a unique opportunity to learn about the histories and contemporary lives of Indigenous peoples and their challenging relationships with Canada. The future generations of all Canadians will thank us.