Your Letters to Editors: "Let’s focus on the people who live on the land, not the oil which runs under it." 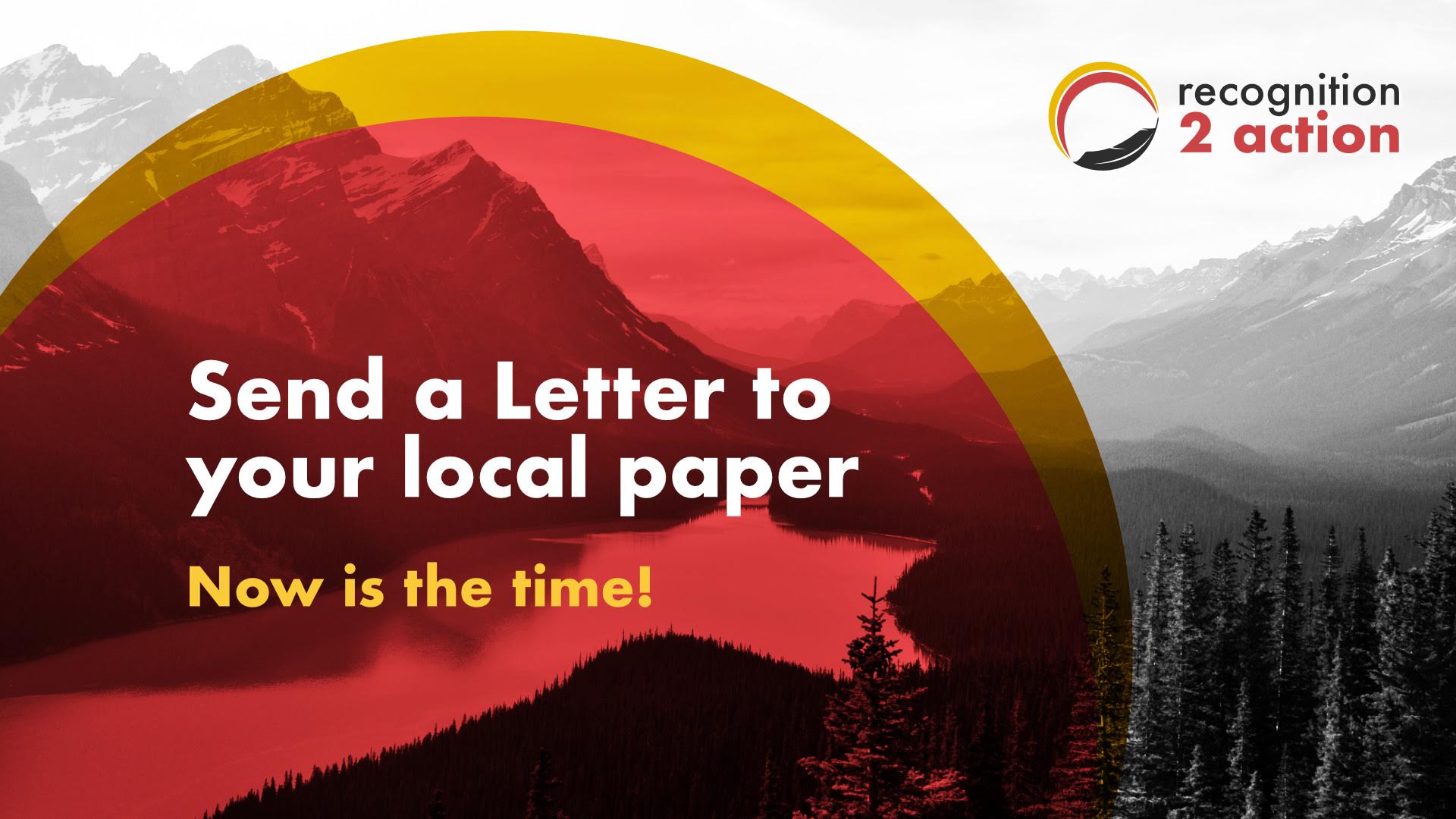 We are happy to report that Canadians are continuing to call on the Canadian government to put forward legislation clearly establishing Indigenous Peoples's status as Founding Nations of Canada.  One of the most powerful actions Canadians are taking is using our Letter-to-the-Editor tool. This powerful tool allows Canadians to successfully publish dozens of letters in Canadian newspapers, an effective and innovative way to call on the Canadian government to turn Recognition to Action.

Below is an excerpt from a letter sent by Kristina Stockwood from Toronto.

I'm writing to remind you that during this year celebrating the 150th anniversary of "Canada's" founding, a great deal of history of indigenous people is missing. It's up to the people and the media to give voice to this omission.

There has been some talk by previous and current governments of apologies and good work was done by the Truth and Reconciliation Commission.

But when people still think that this country began 150 years ago and fail to acknowledge whose land this was, but the great injustice done to the indigenous peoples of this land, it does not help us go forward to right the wrongs of history.

To celebrate the gift of the indigenous people, we should press our government to spend money not on balloons or cakes or flags, but on giving northern indigenous people the clean water they need so desperately, and by abiding by the court decision mandating Canada to treat indigenous children and youth fairly.

Let's formally recognise the role of indigenous peoples in the founding of Canada, and make sure that anniversary celebrations focus on this contribution, not that of Europeans.

It's a small first step to hear people thanking the nations on whose land we live and celebrate at the beginning of cultural events, let's go further and making this year a big thank you to the people whose land was stolen and press our government to do better to protect this land. Let's focus on the people who live on the land, not the oil which runs under it.

Please make sure to give voice to the alternative voices this year as they have much to teach us.

A big thank you to those of you that have taken time to send letters to editors all around Canada. If you haven't sent a letter yet, you can do so NOW by clicking on this link: http://www.recognition2action.ca/letter.